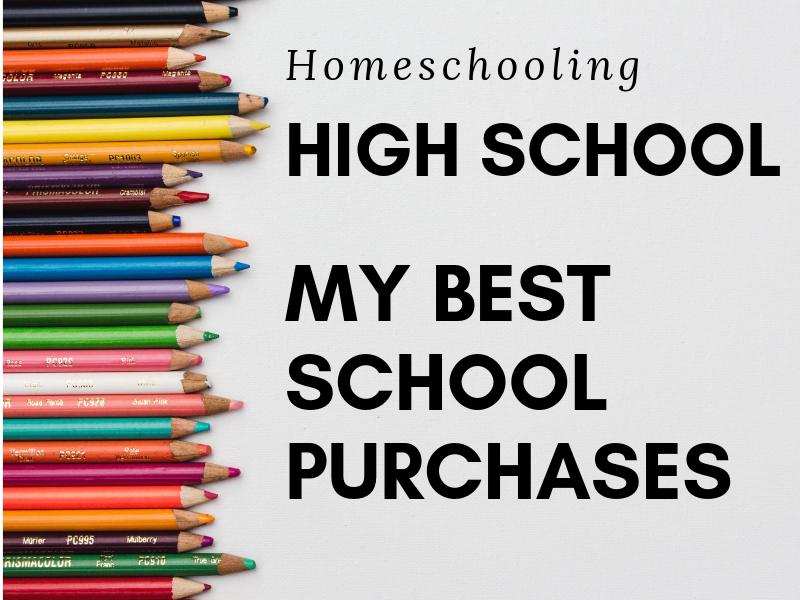 Along with a million things we’re supposed to pour into our kids’ brains by age eighteen in order to consider them “well-educated” and our job as a homeschool parent “well done,” current events is one more for the list.

Isn’t that exciting?! Yet another thing to put on our plate.

I don’t know, guys. Sometimes I feel like I’m just throwing wet noodles at the wall because there’s no way to “win” this thing. There comes a point where we have to decide to stop spinning, pick a point and pin the tail on the donkey.

So somewhere along the way (meaning after I read Readicide), I picked current events as a point. And it’s not like it’s a bad pick. There’s value in being aware of what’s going on in the world beyond what our teens read on Reddit or Steam’s discussion board. Also, getting actual paper mail & not digital – it’s like taking my kids back to 1995.

What was missing from our homeschool?

An easy (for me) way to keep our finger on the pulse of world news. It’s not like I want my kids ignorant of world matters. Of course not. But, TIME, people. I only have so much. Subscribing to Upfront magazine filled the hole I decided was there without taking up a lot of my time.

Some people use CNN student news, which I’ve done at times too. When I remember. But Upfront magazine offered a way to examine nonfiction writing too. You know, since that’s mostly what college writing is and adult life after that. It’s nonfiction communication.

So yeah, finding appropriate nonfiction article examples for my teens. And I mean “appropriate” as in the information is presented to them at a level they can digest, not as in shielding my teens from controversy and tragedy in the world or viewpoints I personally disagree with. High schools brains are more developed than middle school brains, but they aren’t 30-year-old brains yet either. I wanted nonfiction articles written more for a teenage audience, more on a level they could view as a model for their own writing.

I didn’t really have a problem around current events per se, other than I’d decided current events was a hole I wanted to fill. The magazine shows up, and there they are.

Why It Worked for Us

It was a way to break up a school rut. We’ve taken the magazines to a coffee shop to read and discuss. We’ve practiced orally summarizing main points in an article, hearing other people’s viewpoints in reaction to the article and sharing our own.

Most issues have a Yes/No debate section where a current social issue is presented with two opposing perspectives written by different people. That’s an easy way to expose your teens to looking at both sides of an issue before forming an opinion.

I also used the magazines with our They Say/I Say books. We practiced agreeing and disagreeing in writing, paraphrasing and summarizing, each reinforcing essay writing skills without having to tackle an essay project. Just mini exercises instead.

The subscription also has a teacher guide with other ways to use the magazine in a classroom. I can’t comment on that because I took more of my old “Let’s Just Read” approach and combined it with the “We have co-op and club meetings and mom wants a life, plus I have to go to the grocery store again because you boys keep eating all the food.” reality. Basically there are tools to dive deeper into the issue, but I didn’t use them. Because, Life. Organic discussion and some mini lessons with They Say fit into life at the time. Your mileage will vary.

Where to Get It

If you try to order online, it will tell you a minimum order of ten copies is required. If you have a co-op group interested in splitting the cost, go for it. But individual homeschoolers can still order for their home without buying ten.

You can call 1-800-724-6527 and tell them you’re a homeschooler wanting to order just one set of Upfront for yourself. They’ll set it up over the phone for you. Make sure you do it over the summer so you don’t miss the first issue in the fall. (Ask me how I know this.)

On a related side note, I also ordered their Art magazine for one school year. I thought it was a neat magazine, but my teens didn’t care as much, so I didn’t renew the next year. But, if you have a teen into art or you include art appreciation in high school, that’s a cool magazine too.

Upfront magazine was a good fit for our freshman and sophomore years. On top of being more aware of world events, I found it useful for my reluctant freshman writer since it gave me another way to expose him to nonfiction writing and practice mini-skills before doing a formal essay project. I’m not finished planning our upcoming junior and senior year yet, so I’m not sure if I’ll renew our subscription for fall. But it’s definitely still in consideration. If you’re interested, you can check out some sample articles on Upfront’s page before you decide.

You Can Be a Type A Brave Writer »