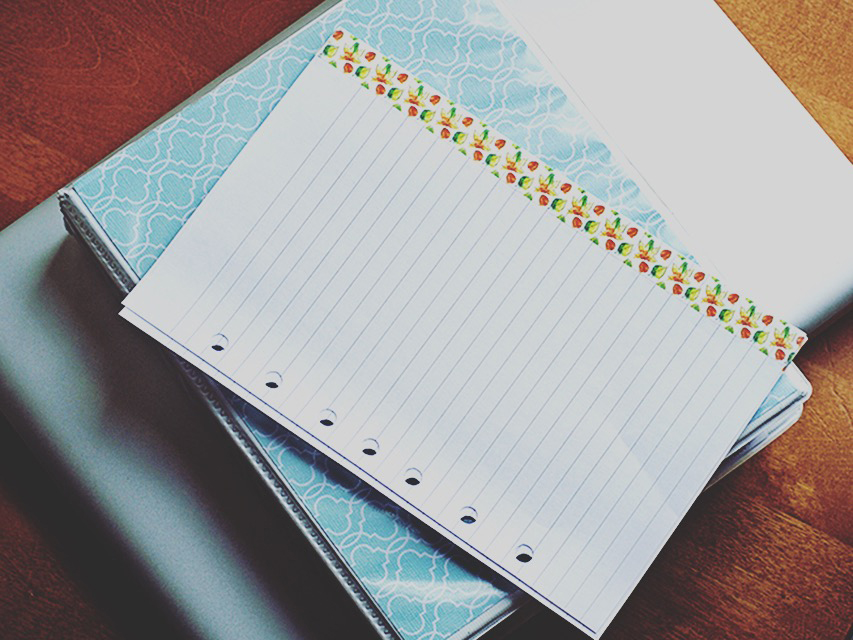 One thing I noticed after some months of scatterbooking was a lot of my journaling was negative. Entry after entry was LOOK AT ALL THE THINGS THAT NEED TO BE FIXED IN MY LIFE! SOB! It was like writing my own personal Temple of Doom script, homeschool style.

Suburban mother treks the jungle of homeschooling, searching for the mystical Jewel of Pedagogy, only to encounter a troop of hangry adolescent monkeys and a tumbling snowball of first world problems!

Oh, good grief. While it’s useful to recognize areas that need correcting, too much of my journal was focused on what was wrong in our homeschool or with me.

It was when I a read an article on couple relationships that I noticed this trend in my scatterbook. I’m always interested in research that points us towards what works and what doesn’t in human relationships, and while the article is focused on married couples, I think their findings apply to family relationships too.

The researchers studied what they called disaster couples, couples who devolved into dysfunction and/or divorce, and master couples, ones who continued to have loving & healthy relationships through the years. They found interesting key differences in behavior between the two, and I found one particular insight helpful…

Critical people missed 50% of the positive things their partner did and see negativity that isn’t there.

They missed half of the good things their spouse did. Half! On top of that, they apparently invented a heap of negativity too. Why?!

Disaster couples scan their environment for their partner’s mistakes and criticize them for it.

So they sort of developed a habit of looking for what was wrong.

Um, does that sound familiar? Ouch.

One of my fears in life is that I’ll turn into a hypercritical person. I couldn’t let that happen. I’d made a commitment to myself seven years ago when my father committed suicide that I wouldn’t be so critical, so what was going on with me?

Look, they say we’re neurologically programmed to scan our environment for danger – I guess it’s a survival instinct from our club-totin’, fire-stokin’ caveman days. This tendency to more easily see the negative is not necessarily a character flaw we should feel guilty over. So let’s not turn it into another reason to mentally berate ourselves. It’s a human tendency. BUT! We can still watch how much we feed that tendency and build other mental habits instead. If you were raised in a critical home environment like I was, it may be a stronger tendency and building a new mental habit will take more work. But it’s still doable and the research shows it’s doable.

On the other hand, master couples had a habit of mind of scanning the social environment for things they can appreciate and say thank you for.

Reading that article, even though it pertained to marriages, forced me to ask myself questions as a homeschooling mother. How much am I focused on finding the negative? Is it 50%? Why don’t I look more for what’s working? Is this a habit of mind, something you can change? According to the research, it is.

I realized I needed to change my habit of mind, so I began a new weekly practice in my scatterbook. At the end of the day on Fridays, I sit down with my book and evaluate WHAT WORKED THIS WEEK. I literally use that as a heading in my book. I make myself recognize what’s going well in our learning, the random acts of kindness/appreciation I saw from my boys, anything that was positive. I acknowledge it in writing.

I’m writing this a year after beginning this weekly practice, and many times it still feels hard to find the positive. It’s still doesn’t feel like I’ve turned this around and now have a shiny new habit of mind that naturally looks for the positive. I have this idea that one day it will take less effort on my part. And even though I wrote just three paragraphs above that we shouldn’t berate ourselves for a negative tendency, it sometimes feels like a fatal imprint I’ll never undo. I wonder if I’ll ever overcome this human tendency when combined with being raised in such a critical home.

Well, the research shows it isn’t a fixed trait. And that’s good news I need to remember.

Maybe certain life circumstances made it so that muscle isn’t as naturally strong for me or maybe it’s just how I was born. Either way there is something I can do about. That something is an intentional commitment to seeing the good things in my kids, in our day-to-day life of learning together. The fun trip to the coffee shop. The small breakthrough in algebra. The laughs over a game of Superfight. I may have a craptastic day here and there with my kids, but then I’ll remember how my boys open the front door when they hear me pull up in the driveway. They’re glad I’m back home.

It’s such a little thing, opening the door like that, and it would be easy to just not notice. But this practice forced me to notice the kindness in my day.

It’s made such a difference.

“It’s easy to make a grudge list and nurture it.” -Sylvia Boorstein

What if you make a happiness list and nurture it instead?

The Raven: A Poetry Party School »